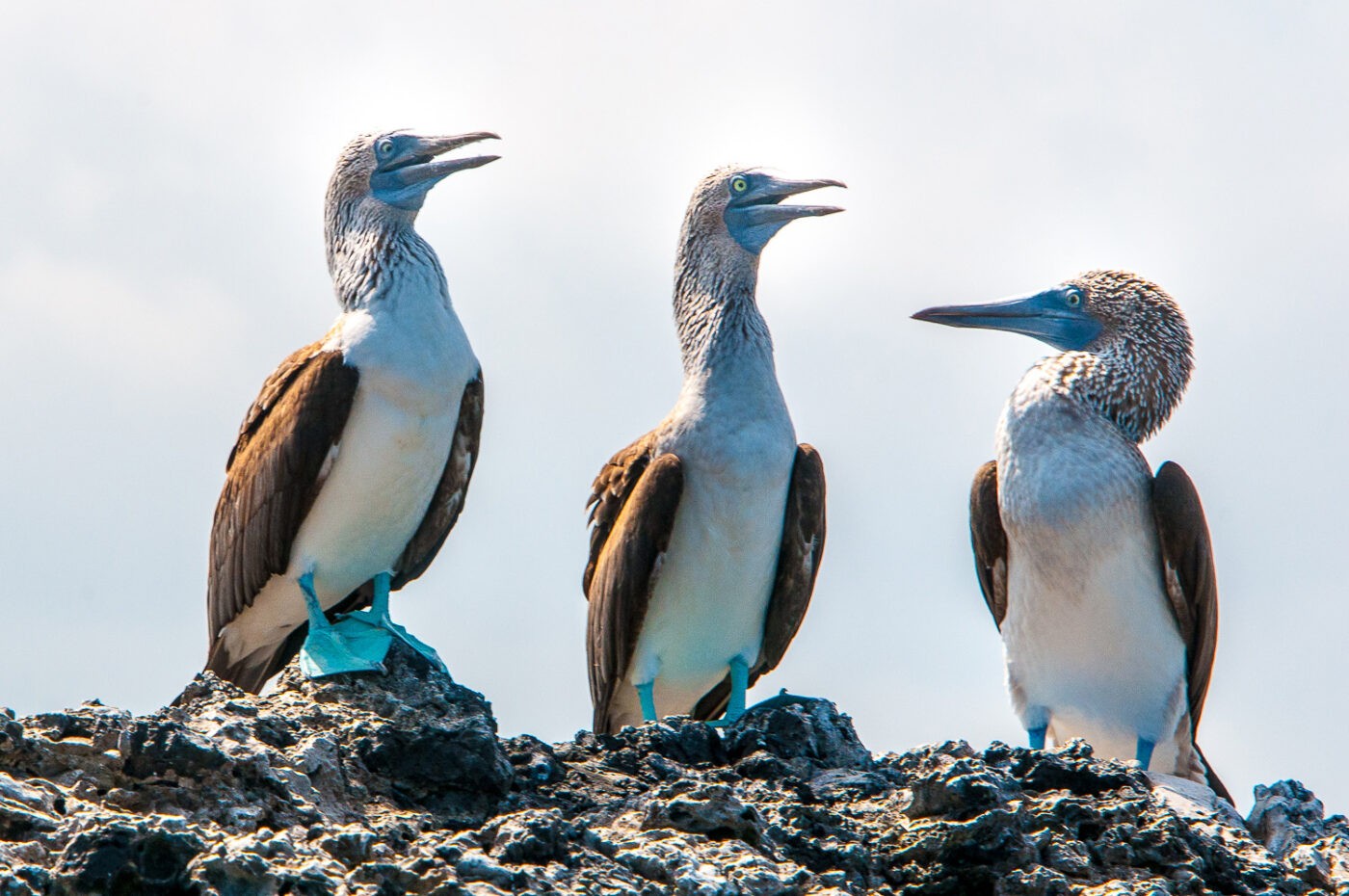 Join us on an amazing adventure in the Galapagos! This is your opportunity to explore the Galapagos island in true style. This  exclusive charter is reserved for 15 guests and 1 Kemp Travel Escort.

We will visit the Middle of the World at the Equator just outside of Quito & explore Quito’s Old Town. Discover the Galapagos islands onboard G Adventures brand new catamaran, the Reina Silvia Voyager. You’ll spend 8 days exploring the Central & Western Galapagos Islands. Spot iguanas and flamingoes on the green and white-sand beaches of Punta Cormorant, witness abundant marine life while snorkelling in Punta Vicente Roca, and make friends with giant sea tortoises at the Charles Darwin Research Station on Santa Cruz. There has never been a better opportunity to explore the Galapagos! 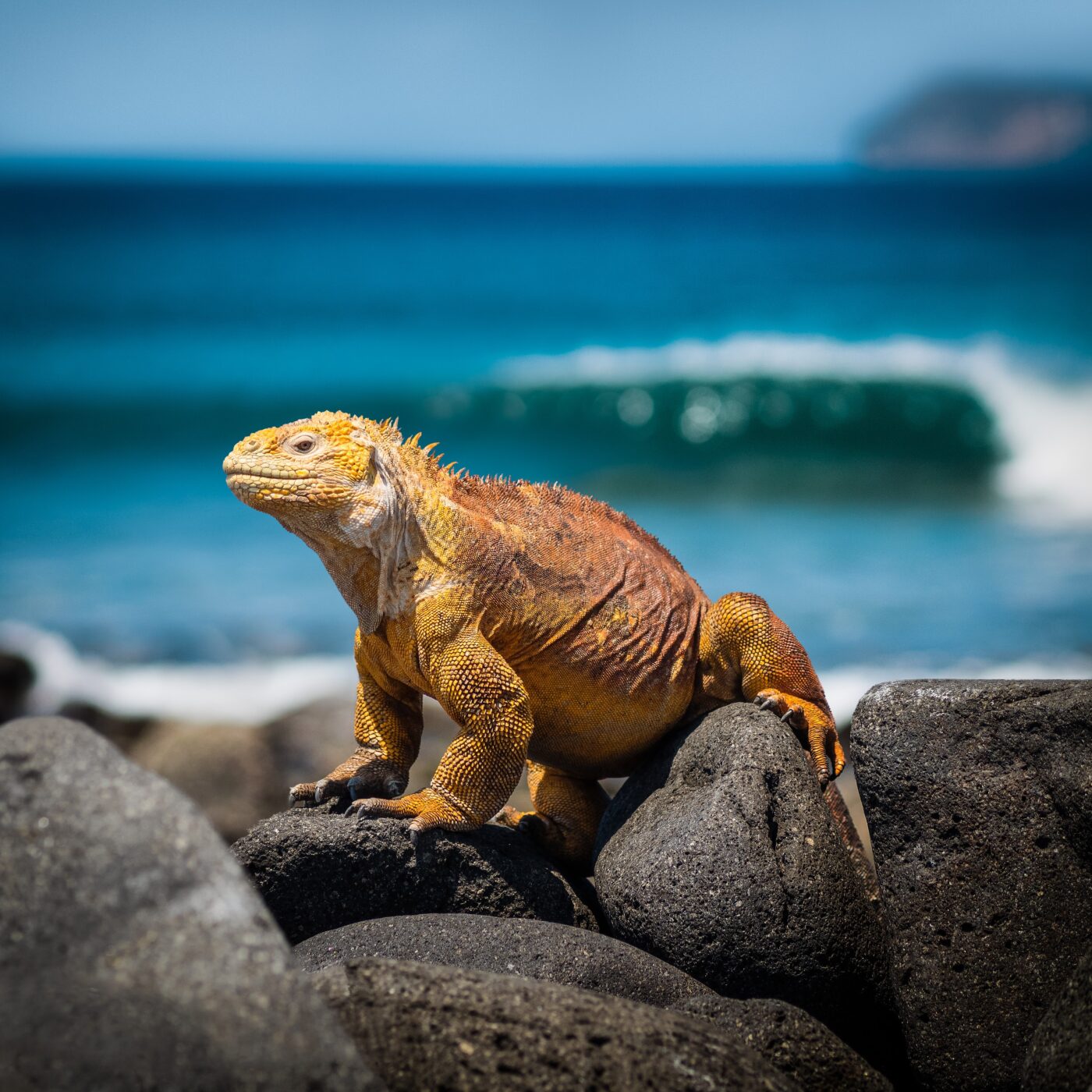 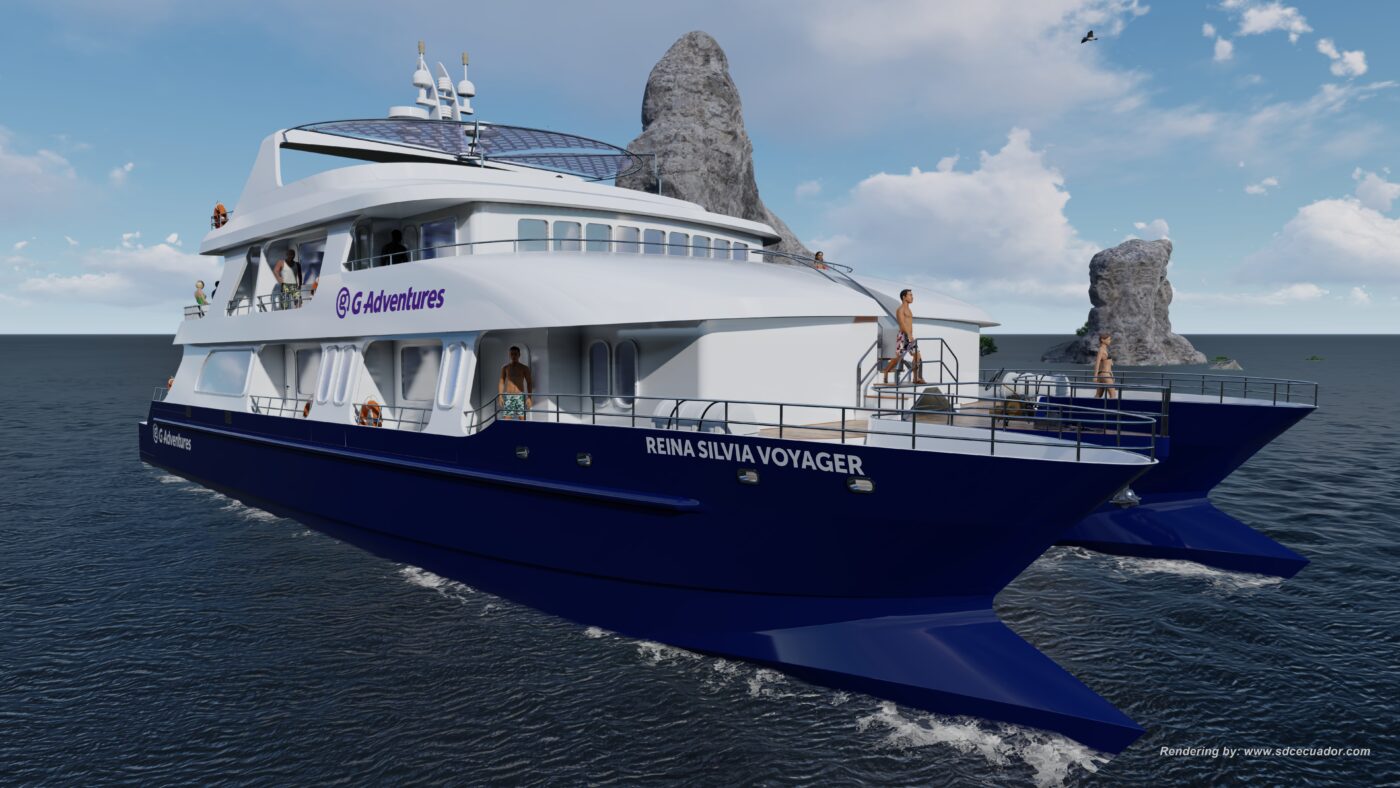 Connect With An Agent 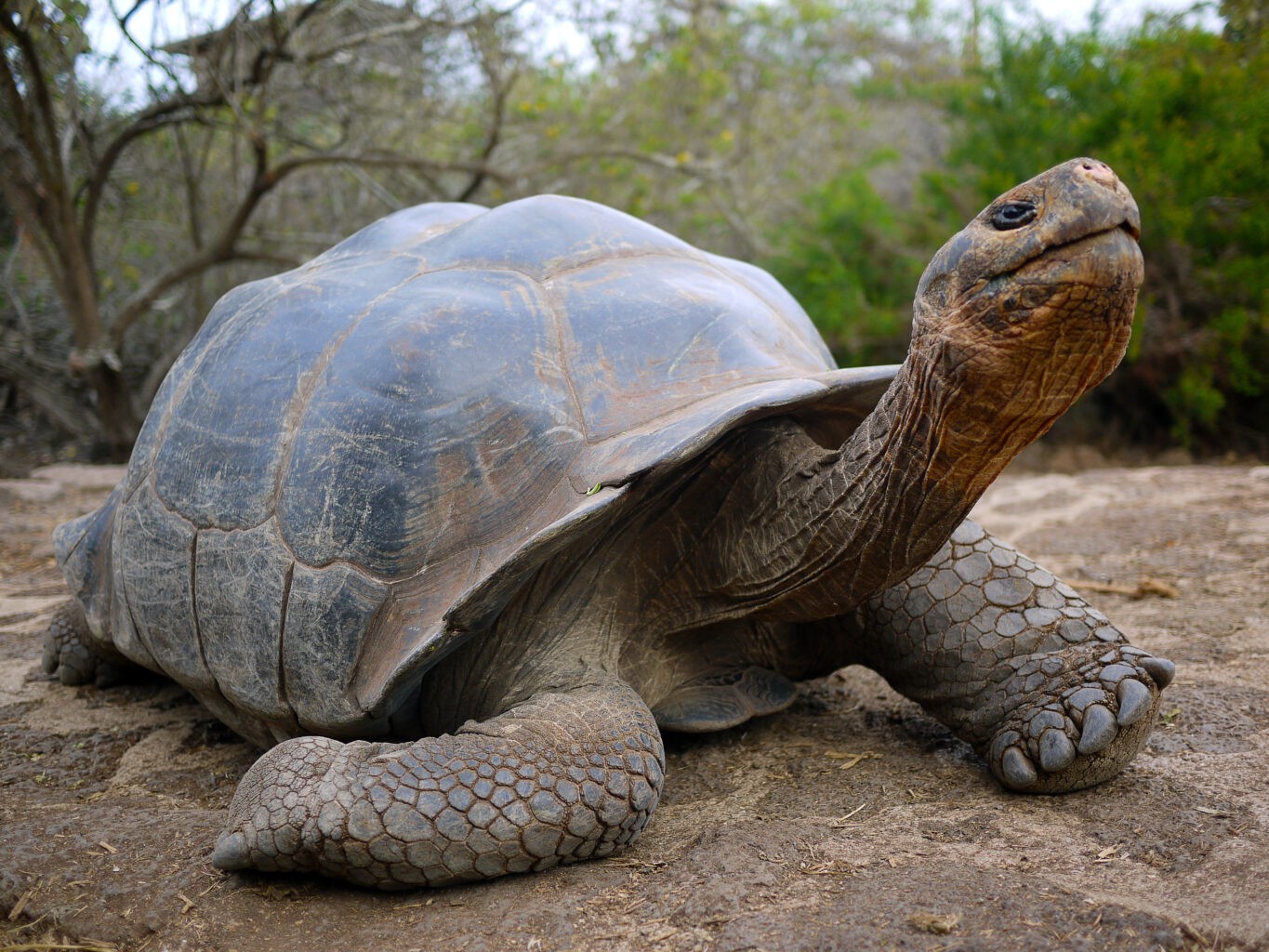 OUR WEEK AT A GLANCE 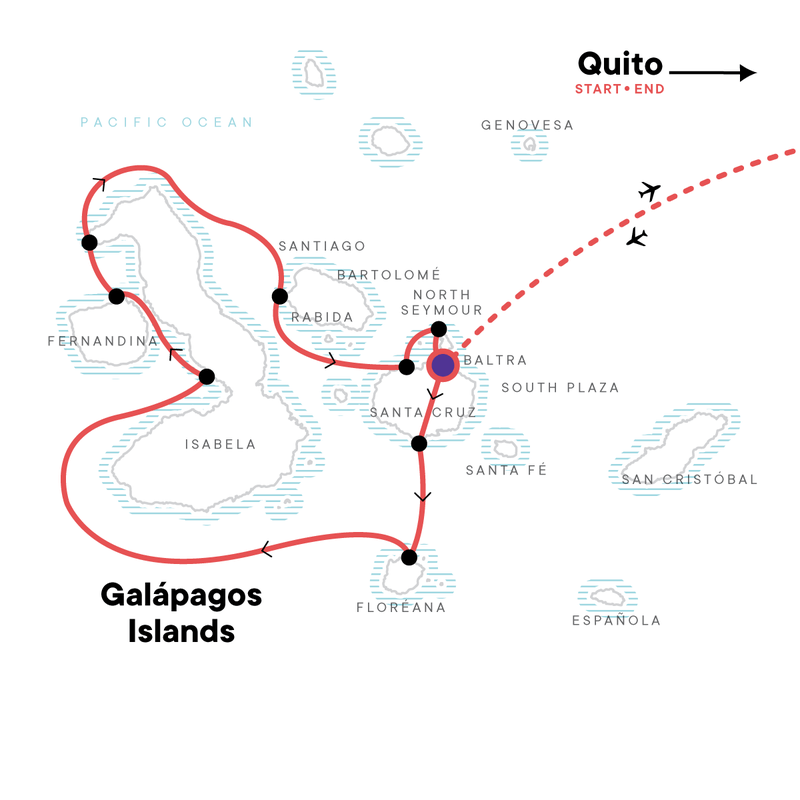 Flight times to be determined when scheduling becomes arrival.

Upon arrival, we will be greeted by our local guide & will be transferred to our hotel. The remainder of the day will be at leisure.

This morning we will enjoy a city tour of Quito. Visit the Old Town, a UNESCO World Heritage Site, with stops at the Basilica del Voto Nacional, La Compania Church, San Francisco Square, Plaza Grande and the Panecillo, a towering statue of the virgin of Quito who looks out over a stunning view of the city. Drive 25km north of Quito to the Middle of the World. Stand one foot in each hemisphere.

Transfer early to the airport for the flight to the Galapagos Islands. After arrival to Baltra, visit the highlands of Santa Cruz Island for a special opportunity to view the islands’ most famous reptile: the giant tortoises in their wild habitat. What a privilege to see an endangered species roving in this lush environment! The vegetation of the area includes the Scalesia Forest (an endemic giant daisy tree) and birds such as the vermilion flycatcher will delight everyone with its scarlet feathers against an emerald green forest. Look for Darwin’s finches, particularly the famous Woodpecker Finch. We will then visit the Fausto Llerena Breeding Center and Charles Darwin Research Station to learn first hand of the conservation and research efforts in the islands. There, you’ll see several subspecies of adult tortoises, lots of hatchlings, and learn of the repatriation programs that are saving several subspecies of tortoises and iguanas from extinction. After a day of learning we will board the Reina Silvia Voyager which will be our home for the next 7 nights!

This morning we will head to Punta Cormorant on Floreana Island. Here you will enjoy a hike to a salt-water lagoon which is home to flamingos. Afterwards, you will snorkel Champion Islet, names after the whaler Andrew Champion, located just offshore from Floreana Island in the southern part of the Archipelago, considered as one of the most beautiful places on Galapagos for snorkelling. After lunch, you will visit the famous Post Office Bay. you will land on the beach and head to a spot where 18th century whalers placed a wooden barrel for use as an unofficial mailbox. The custom continues to this day with Galapagos visitors. So do not forget your postcards, and do not be surprised if the postcard arrive to its destination before you even get home! In the afternoon, you will visit The Asilo de la Paz. This is a hill 450m high that is behind Straw Hill in the agricultural area of the island. The main attraction are the historic type: one is the cave of pirates and the other is the freshwater spring. The two sites are located at the base of the hill. After another full day we will head back to the ship to relax before dinner.

In the morning you will visit Punta Moreno located southwest of Elizabeth Bay. A dry landing here is possible onto what was once flowing lava. The lava has left craters in its wake which formed crystal tide pools. By looking into these pools, you can peer into another world as the marine life drifts by your window. In the brackish pools of the area, if you’re lucky, you may see pink flamingos, white-cheeked pintails, and common gallinules. If you look carefully into the pools, you may see white-tip reef sharks and some sea turtles. In the afternoon, you will visit Elizabeth Bay, is located on the east coast of Isabela Island. Cruise on the zodiacs through the mangroves to see pelicans and an abundance of marine life in the clear water. The area is perfect for snorkelling and viewing schools of colourful fish, sea lions, and perhaps even sharks!

This morning we will land at Urbina Bay which presents some fascinating geological formations. In 1954, an uplift from the sea formed the bay which has been characterized by the resulting terrestrial coral reef ever since. Expect to see stingrays and sea turtles swimming near the surface of the water, as well as pelicans and marine iguanas. You will be dazzled by the breathtaking view of the Alcedo Volcano. In the afternoon, you will land at Punta Espinoza and after walking past a colony of marine iguanas and a group of sea lions, you’ll reach the island’s highlight: the flightless cormorant nesting site (seasonal). This area also provides a great opportunity to see the Galapagos hawk.

After breakfast, we will visit Tagus Cove which is located across from Fernandina Island, near the Bolivar Channel dividing the two islands. This spot has been frequented by ships since the 1800s, using the area as an anchorage site. Trails winging by Lake Darwin up to a ridge display wonderful views. The afternoon visit at Vicente Roca Point. Comprised of two separate coves, this site is a large bay with spectacular sea life. Keep an eye out for seahorses, sea turtles, and the strange yet fascinating Mola mola (or sunfish).

In the morning jump in the waters of Buccaneer Cove, an area which is a testament to the fact that Santiago Island was once a refuge for British Buccaneers. These pirates would anchor in the protected bay to make repairs and stock up on tortoise meat among other things. The steep cliffs, where hundreds of seabirds perch in front of the dark red sand beach, are a magnificent sight. After lunch, you will go Egas Port, also known as James Bay, on Santiago Island which is home to the curious Galapagos hawks and quick-footed Galapagos lava lizards. The trail leads to the coastline with gorgeous tide pools and grottos full of fauna. Here the Galapagos fur sea lions baths in the sun. This is also a great snorkelling site for those interested!

This morning visit to Bachas Beach which is a swimming beach located on the north shore of Santa Cruz. One of the few remnants of the U.S. World War II presence in the Galapagos, a floating pier, can be seen here. You may see flamingos, Sally Lightfoot crabs, hermit crabs, black-necked stilts, and whimbrels. Sea turtles also nest on the beach at night (seasonal). In the afternoon, you will visit North Seymour. Here you will be able to see Galapagos sea lions, blue-footed boobies and magnificent frigate birds which are abundant on the island. The island was formed by a series of submarine lava flows containing layers of sediment that were uplifted by tectonic activity. The island is characterized by its arid vegetation zone.

This morning we will disembark the boat at Baltra to transfer to the airport to catch our flight to Quito. Upon arrival, we will head back to the hotel to enjoy one final night on the town!

This morning will be an early one as we head back to the Quito airport to catch our flight home. 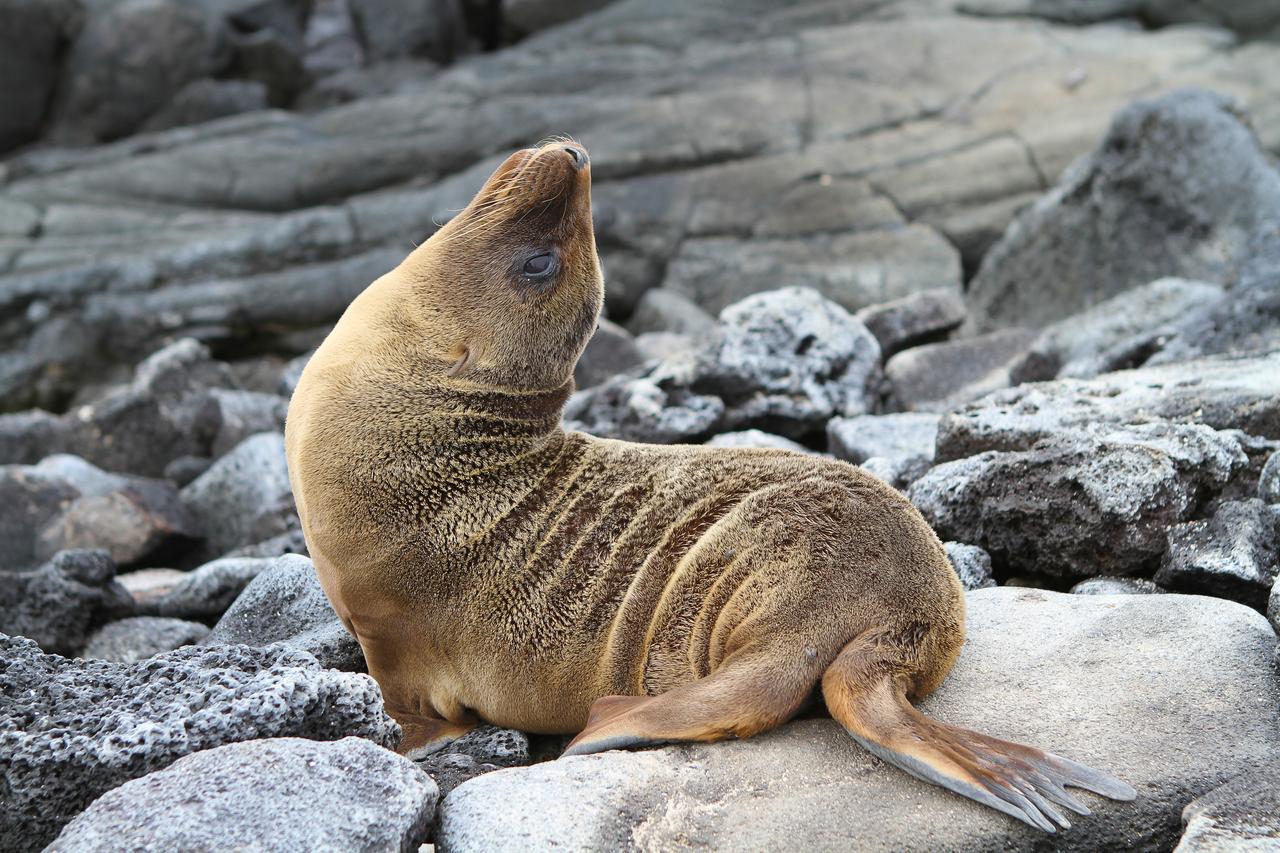 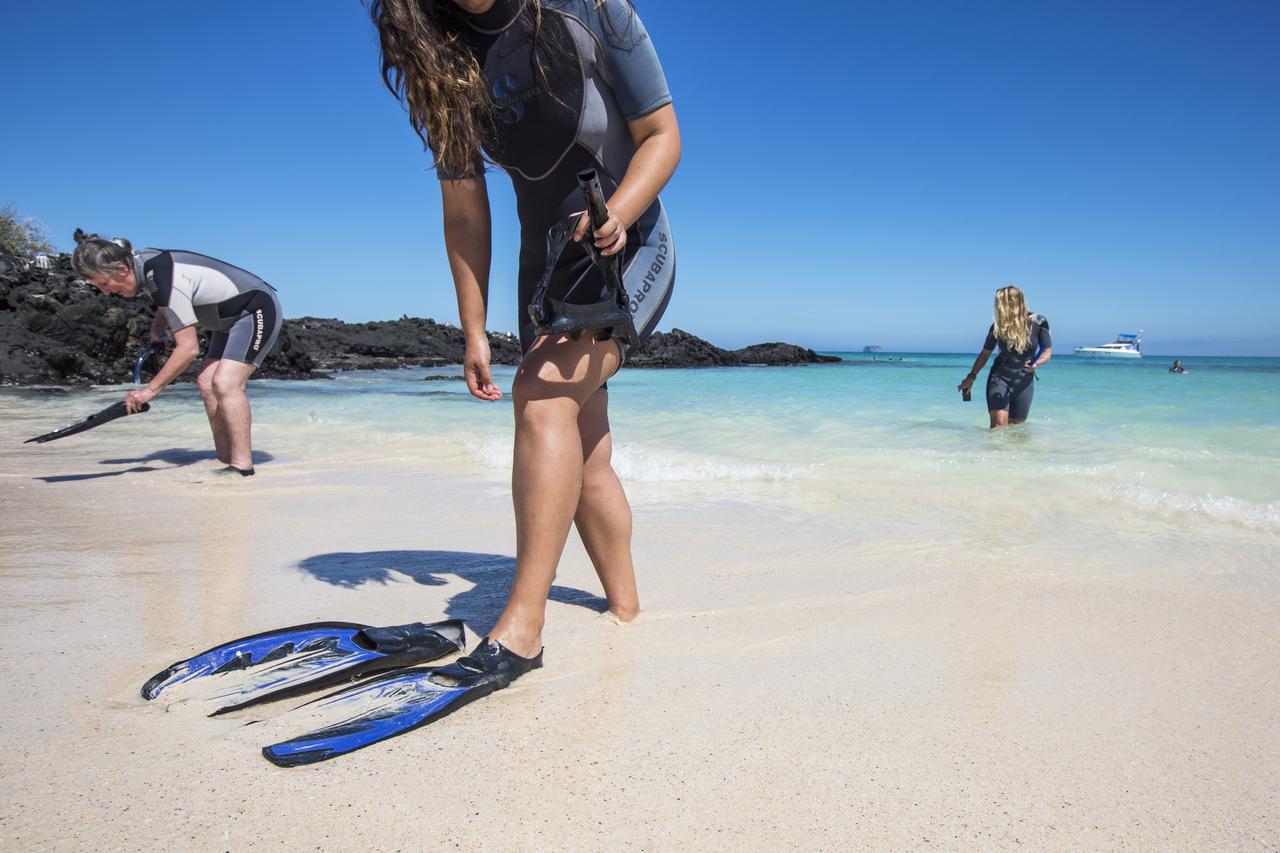 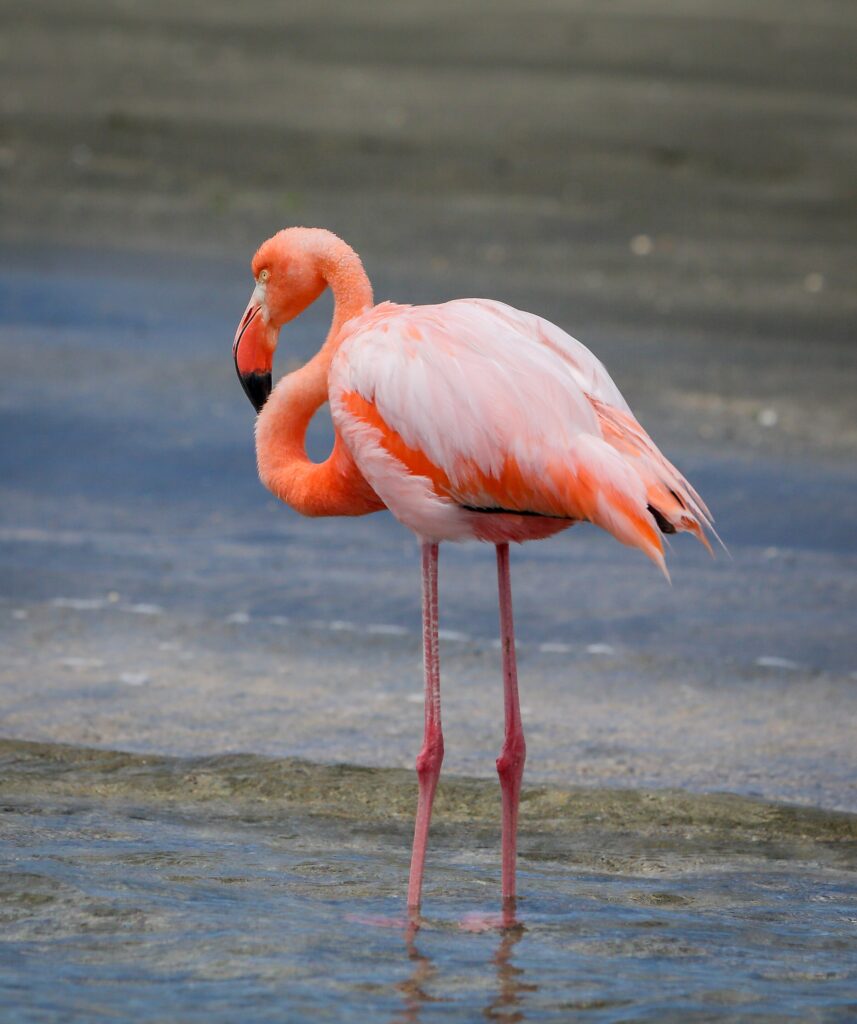 All cabins are located on the main and upper desks. Spacious indoor dining area and lounge with TV and DVD player for briefings. Covered bar and seating sear on the upper desk as well as a spacious sundeck with a covered area, seats, and lounge chair, as well as barbecue area and Jacuzzi.

*Prices are per person in CAD. Includes taxes of approximately $1500 CAD. Gratuities not included. Book now with a $1500 deposit. Secondary deposit of $3000 per person due July 16, 2022. Final payment is due on December 16, 2022. All payments are non-refundable. Cancellation insurance is recommended – please call office for pricing. Prices are subject to change. 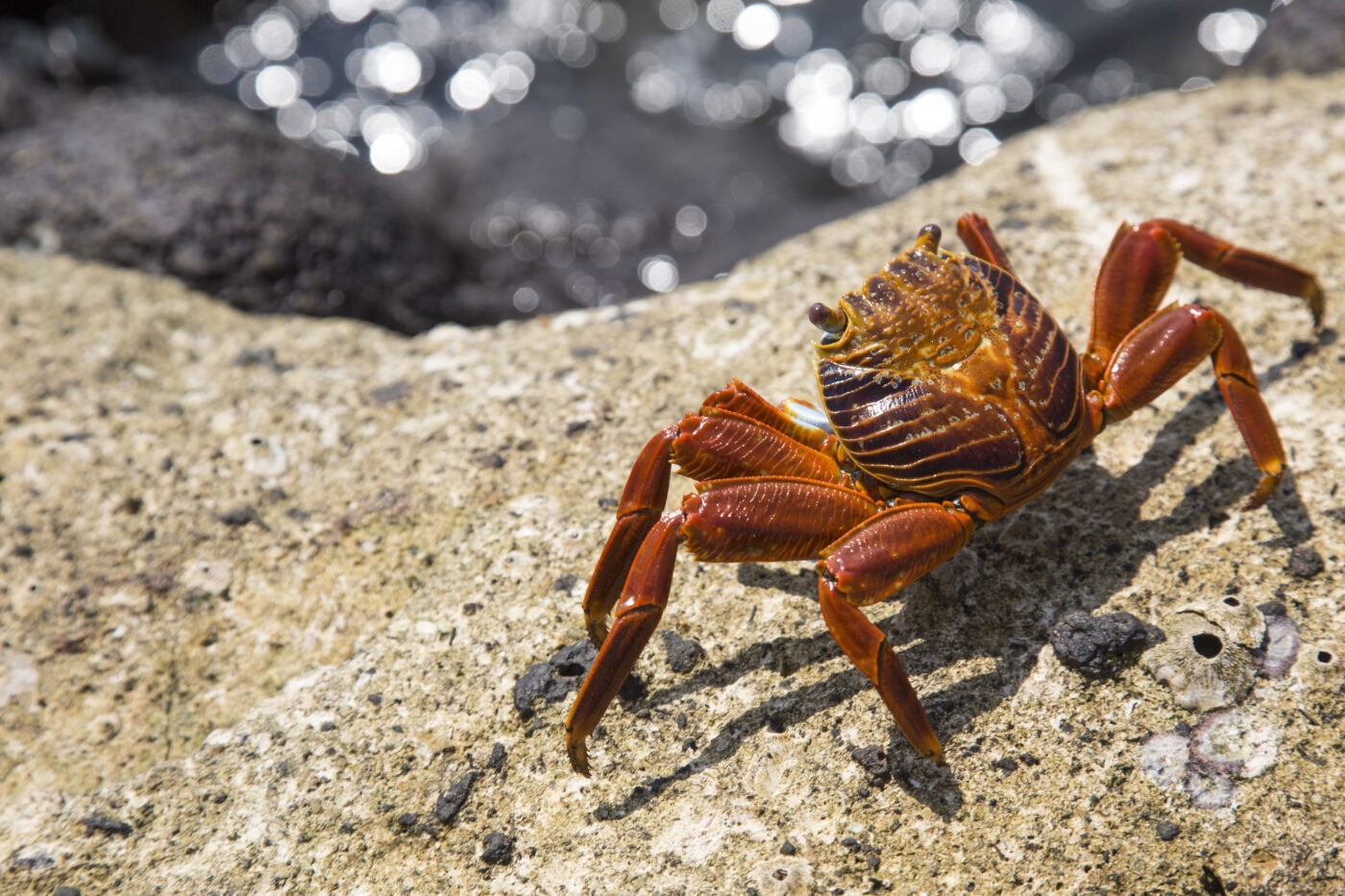 Our Galapagos Adventure is limited to 15 people due to the size of the ship so space is limited. If you would like to join us or need more information, please fill out the form with your contact info and one of our agents will reach out to answer your questions or confirm your space and take deposit if you’re interested in booking!