If you’re like us and enjoy a good scare every once in a while, you might enjoy these creepy places to travel next Halloween. What’s your favourite spooky destination? Let us know in the comments!

Fun Fact: It is said that Halloween originated in Ireland. Samhain was an ancient Celtic festival where people would light bonfires and wear costumes to ward off spirits. With that being said, it seemed fitting to start this list with the eerie road in Northern Ireland. You may recognize it as the Kings Road made famous by HBO’s Game of Thrones. This street is lined with massive beech trees that creep over the road and shade the street year-round. Because of this, it tends to have an ominous feel no matter when you visit. Local legend even says that the area is haunted by “The Grey Lady” who glides along the road at night, vanishing as she passes the last tree.

Deep beneath the surface of “the city of love”, there is a slightly different vibe. The catacombs of Paris are hundreds of kilometres of dingy tunnels below the metro and sewer system. These tunnels are filled with the remains of over six million people dating back to the 18th century. It is said that Parisian officials began bringing bodies down here because they were running out graveyard space and trying to avoid the spread of disease. The creepiest part of all is how the bones are neatly organized along the walls in certain areas. It is also said that this complex series of tunnels has yet to be completely mapped. This draws urban explorers looking to find new areas of the tunnels each year. If going it alone isn’t your thing, not to worry – there are regular tours that run year round!

Bran Castle, also known as Dracula’s castle, is a National Monument in Transylvania.  It is also said to be the inspiration for the fictitious character made famous by Bram Stoker. This ancient castle protrudes out of a thick forest looming over the small village of Bran, Romania. If this sounds like your kind of place, each year G Adventures hosts a tour to Romania which includes a massive Halloween party at the infamous castle. Interested? Give us a shout for more information!

Chernobyl, Ukraine is home to the biggest and arguably most infamous nuclear meltdown in history. In 1986 this former Soviet Union nuclear station exploded killing 50+ people and drove hundreds of thousands more from their homes. The nuclear fallout was catastrophic leaving the area looking like a post-apocalyptic city. Now certain parts of this area have been deemed safe and have re-opened to the public. Tours are now available, but go at your own risk! 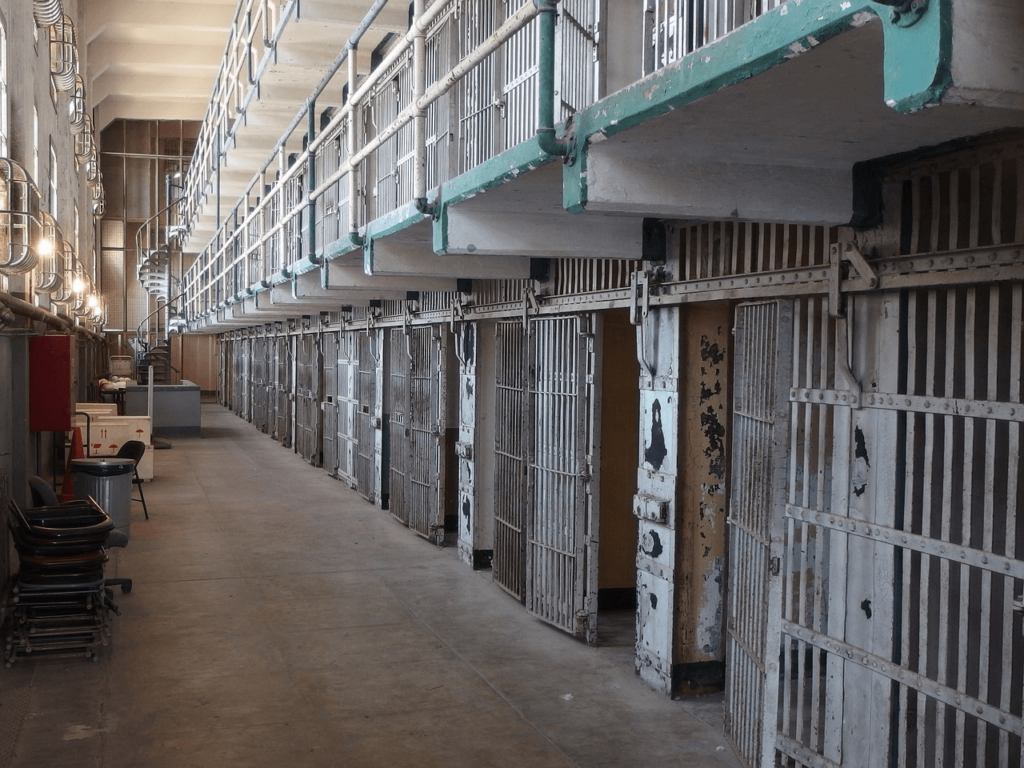 This famous, now defunct prison sits two kilometres off of the coast of San Francisco. It once held some of Americas most notorious criminals including Al Capone, Robert “the Birdman” Stroud and Machine Gun Kelly. Also known as The Rock, Alcatraz was host to many deadly riots and was said to be impossible to escape due to its location surrounded by frigid, shark infested waters. Alcatraz shut down in 1963 due to deteriorating conditions and the cost of upkeep. Not long after, the prison re-opened to the public for tours but trust us when we say, it’s creepy!

The North Yungas Road is also known as Death Road. This narrow stretch of road hugs the cliffside leading from La Paz to Coroico in Bolivia. While the views might look gorgeous, this road definitely lives up to it’s name. This route is subject to falling rocks, heavy rains and thick fog, making for poor road conditions. Beyond that, there are points with 900 metre drops, no guard rails and for the most part is only wide enough for one car yet has traffic travelling both ways – a recipe for disaster. It was estimated at one point that 200-300 drivers lost their lives each year on this road, which is chilling in itself. The road has improved a lot in recent years but despite warnings, thrill seekers continue to flock here from all over the world year after year.

10 Islands that Will Help You Escape the Winter Blahs

11 Gifts for the Traveller in Your Life